There is NO Lactate Threshold 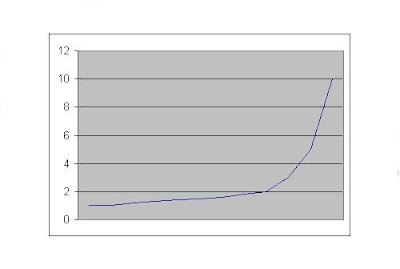 The Real Facts About Lactate
Now that you understand why lactate has been considered important by the running community and the origins of the negative beliefs about lactate we turn our attention to the updated information about lactate.
Muscles don’t become anaerobic during exercise
The first thing we need to address is the foundation belief that at high exercise intensity there is insufficient oxygen to meet the energy needs of the body. Despite the widespread belief by many that there is insufficient oxygen to working muscles at high exercise intensity, this has never been proven. In fact, it has always been assumed there is insufficient oxygen, but has never been proven despite years of efforts by physiologists.
McArdle, Katch, and Katch, writing in their well respected exercise physiology textbook have this to say about limited oxygen supply during exercise. “The usual explanation for a lactate increase is based on an assumed relative tissue hypoxia during heavy exercise.”(1) They clearly state that the belief that there is limited oxygen to working muscle (relative tissue hypoxia) is an assumption. It has never been proven.
Despite the fact that this belief has never been proven, it is important to know that it has been treated as a fact for many years by many, and perhaps most, in the scientific community and, consequently, by the lay public.
However, more recent efforts by experts using new techniques to determine if muscles become anaerobic during heavy exercise have shown the opposite to be the case: “these data demonstrate that, during incremental exercise, skeletal muscle cells do not become anaerobic…since intracellular PO2 (the oxygen pressure in the muscles) is well preserved at a constant level, even at maximal exercise.”(2)
So, you now know that muscles do not become anaerobic during exercise.
Why lactate levels increase with exercise intensity
If muscles don’t become anaerobic, then why do lactate levels increase during exercise of increasing intensity? After all, isn’t lactate produced through anaerobic energy production? The short answer to these questions is that lactate is produced during carbohydrate metabolism, irrespective of the availability of oxygen. Here is what Prof. Tim Noakes has to say on this topic in the most recent edition of Lore of Running:
“As the exercise intensity increases, so does the rate of carbohydrate use. When high exercise intensities (greater than 85% to 95% VO2max) are achieved, virtually all the energy comes from carbohydrate oxidation (G.A. Brooks and Mercier 1994; Brooks 1998). This means that the rate of energy flow through the glycolytic pathways increases steeply with increasing exercise intensity. The result is that the rate of lactate production increases inside the muscles.”(3)
In essence, then, lactate is a by-product of carbohydrate metabolism. It is not a matter of the body becoming anaerobic. Instead, as the intensity of exercise increases the body relies increasingly more on carbohydrates to provide the needed energy. More carbohydrates being burned results in a greater volume of lactate being produced and an increase in blood lactate levels. The muscles have not become “anaerobic” - lactate is increasing because the body is burning more and more carbohydrates.
There is NO lactate threshold
Okay, now we know that the muscles don’t go anaerobic during heavy exercise and lactate production is due to carbohydrate being burned to produce energy. This brings us to the topic of “lactate threshold”. Recall that the theory of lactate threshold was that at some exercise intensity blood lactate levels increase dramatically, i.e. crosses a threshold, due to anaerobic metabolism. We already know that lactate is being produced in increasing high amounts for reasons other than the muscles becoming “anaerobic”, but is lactate increasing after crossing some “threshold”? Again, the answer is no.
Lactate increases exponentially with increases in exercise intensity and does NOT exhibit a threshold. This being the case, why did exercise physiologists believe there was a lactate threshold? Going back to Prof. Noakes again:
“This mistaken conclusion resulted from at least 2 errors. First, too few blood samples were measured. For example, if only 4 blood samples had been drawn at running speeds of 10, 14, 16, and 20 km per hour, then a fictitious anaerobic threshold would have been identified at 15.5 km per hour. But measuring blood lactate concentrations repeatedly – for example every km per hour – shows that blood lactate concentrations rise exponentially without any evidence of a threshold phenomenon.”