This training System has been designed to provide a variety of methods that are compatible with the process of learning good rowing technique. The methods are not dissimilar to those used by coaches throughout the rowing world, but they have been adapted to encourage the improvement of technique in such a way that technical progress is an important part of the System.

The System originated from the concept that technique should play a bigger part in the preparation of oarsmen for racing. One benefit to be gained from the principle of this System of training is that the drudgeries of winter training become purposeful. The oarsmen become distracted from the hard work they are doing without realizing it!

TECHNIQUE
An efficient technique is essential for the greatest utilization of athletic endeavor. The sport of rowing is a highly skilled activity and even small deficiencies can detract from a rower’s performance.

There is more than one way to move a boat fast through the water and gold medals have been won using a variety of different techniques. There is one common factor present in all fast crews, which is that the rowers in those boats apply their power together. As in the old adage, 'a load shared is a load halved'.

In order to achieve efficiency of effort, the oarsperson must be taught to row with identical movements. This is referred to as 'style'. It is for the benefit of all rowing that rowers be taught a uniform style. It is to the benefit of our international squads if a common style is adopted by all.

Technique has played a minor role in Britain during the past decade. In an environment where success is easier to achieve from physical training than by the slower methods of teaching technique, successes at higher levels have been elusive. Improvements in technique would help to improve the performances of our International crews in the world.


FACTORS AFFECTING THE PROCESS OF LEARNING A NEW ROWING STYLE
When trying to adapt to a different technique, whether it is a completely new movement or a change, a rower has more difficulty in controlling his actions in certain identifiable circumstances and the learning process slows down.

These problem areas are identified as follows:
at high rates of striking
at maximum intensity of work
in a state of physical tiredness
when large increases and sudden changes are demanded
when too many changes are to be made at one time

This system avoids the extremes of these adverse conditions. Increases are made in easy stages and only when a rower has shown that he/she is able to cope with the change are further increases demanded of him/her. Training periods of long duration at low rates form the foundation of the System. At low rates the oarsperson is able to control their movements and make corrections as they go when deterioration occurs. The gradual onset of fatigue when training over long distances permits control to be attained. When explosive work is introduced the rower will have built a sound foundation to cope with high demands without loss of form.

The more hours spent on the water practicing a particular movement the sooner that movement will become natural to the rower. This 'grooving in' process is accelerated when the rowers are able to hold good form through long periods of tiredness, but care must be taken to ensure that quality is not lost and that bad faults are not being ingrained. The ultimate test for an rower's technical ability is whether or not he/she can hold good quality when he is under extreme pressure from physical exertion, like the last 250 meters of that one important race!

An outline of the techniques practiced by the men’s' heavyweight squad are illustrated in this pamphlet. To explain the training methods which will help to achieve good technique is the purpose of this publication.

TRAINING
Whilst importance is placed on the improvement of technique in this System, the training methods have been devised to provide the best preparation for oarsmen at all levels of competition. Training for the improvement of endurance levels is a high priority. Long outings with variations of low rates are essential for the development of strength coordination and aerobic endurance as well as for 'grooving in' new techniques. This System provides guidelines for achieving a sound physical and physiological foundation for 2000-meter racing.

TRAINING LOADS
Training loads have been prepared so that one method can be compared with another even though the work content may be different. The loads have been derived from a mixture of simple mathematics and the experience of crew training up to the highest levels of competition.

The methods are based on a normal training load representing 80% of a rower’s maximum effort. The suffix 'N’ after the method code signifies Normal Training Load.
Maximum loads are suffixed with 'H’ signifying High Loads. High loads are equal to 100% effort and are calculated by increasing a normal load by 25%.
Reduced loads are suffixed with the letter 'L' signifying low loads and these are generally 25% below the normal load.

The work methods have been prepared on a time basis rather than on distances. This allows a rower to work at his own pace regardless of the type of boat in which he is training e.g. pair, four or single. The intensity of work is programmed to suit the ability of the oarsmen individually or the squad as a whole.

When no suffix is shown against a Method Code, only one set is required. A numeral before the code will indicate the number of sets to be completed.

An example of a training load for an International oarsman who is training twice a day for six days a week would be, five sessions at 'N', normal load, one or two at 'H', high load, 3 or 4 at 'L’, low load with one or two light outings.

REST PERIODS
The recovery periods between sets should be sufficient to allow the pulse rate of an oarsperson, after work, to drop below 120 beats per minute. These rest periods are shown as 5 minutes light paddling, but should be reduced as the rower’s physical condition improves with training.

INTENSITY OF WORK
All strokes, unless otherwise stated, are rowed as hard as can be maintained for the session. An important part of the system is that pressure is maintained as the rates rise so that an oarsperson is able to apply maximum output to 200 strokes when he needs to!

AEROBIC/ANAEROBIC CONTENT
All work methods below the rate of 30 are continuous for the improvement of aerobic capacity. Where the stretch of water does not permit continuous work, turns should be made quickly and the work set back by 30 seconds. Work above rate 32 contains a high anaerobic content. This type of work is done intermittently with controlled rests between each set piece.

WARMING UP AND WINDING DOWN
Stretching exercises should be made routine, before and after each session. Thirty minutes of warming up paddling should be done before scheduled work commences. A more specific warm up should be adopted before intensive training so that the body is in a fully prepared condition.

Fifteen minutes of paddling after exercise to wind down is important. Gentle muscular contraction helps the body to clear waste products, which have accumulated in the blood stream during heavy exercise

RATE CHANGES
Rates of striking (stroke rate) are changed by only two strokes per minute at any one time. These gradual changes help the rower to retain technical control during and after the change has been made.

Increases in rates are carried out by generally quickening movements (lively recovery and faster catches etc.) and reductions, by sliding slower forward between strokes.

Rhythm is affected by the speed of the boat. Two or three slightly shorter and quicker strokes will increase boat speed and help the rower to achieve a higher rate whilst maintaining a good rhythm.

It is not easy for a crew to make a rate change and to hold the rate consistently for any length of time. Rates should be checked frequently and adjusted when necessary. It should not be expected that a crew will achieve the rates on every occasion, often the crew will have difficulty in making the change successfully without loss of quality. It is the determination to improve which is of greater value than the actual rate which is scheduled.

HOW THE SYSTEM OPERATES
A particular point of technique is selected in a rower or crew. This may be emphasis on part of the stroke or a correction to an existing movement. Examples would be:

Individual fault corrections
Rhythm and slide control.
Hands, body, and slide movements in the recover.
Greater acceleration of the blade through the stroke and stronger finishes
Bladework control.
A longer reach forward

A target rate is selected and a period of time for improvement allocated in the training program. At the beginning of a winter period the target rate would be 26 or 28 and the time period about 14 days depending on the difficulty of the change.

The first outing would be a long piece of work at a low rate. The coach would ensure that the correct interpretation and application of the change during this outing, was accomplished.

Various methods involving rate changes below the target rate are introduced to add flexibility and variety to the program. The rowers have to concentrate on control of movements as rates change up and down. Gradually confidence grows and the change is 'grooved in' at the lower rates.

The rates slowly increase throughout the period. Care is taken by the coach to ensure that when deterioration occurs the rate is reduced until good form is reestablished.

At the end of the period the target rate is consolidated with a long row.

If the desired success has not been achieved, the coach decides from which point the schedule should be repeated or whether a new approach should be adopted. If the crew has been successful the coach will select another point of technique for improvement and a similar process is completed. Even at the highest levels there is always room for improvement. No rower is perfect.

The coach uses his/her skills to decide which point of technique are important. He/she will usually work on the weakest link in the chain throughout the training period, gradually improving one fault after another until his crew has achieved good technique at race rate at the end of the winter.

The rate of improvement will of course depend on the ability of the rowers, their motivation, and degree of difficulty of the change and of course the skill of the coach. Perfection is never achieved and the coach decides which points of technique are worth pursuing and those that are not.

METHODS
The meanings of some words used are as follows:

PROGRAM The complete training program in its entirety
PERIOD A specified period of time within the program
SESSION One complete training session from stretching exercises to winding down.
METHOD The type of work and its content
SET OR SET PIECE A piece of continuous work normally part of a Method.
QUALITY Refers to technique
CONTINUOUS Work done without change of pressure.
INTERMITTENT Work done with light paddling between each set piece

CASTLE
Change rates up and down by 2 alternately every 2 minutes.

STAIRCASE
Increase rate by 2 at each stage.

CONSOLIDATION
Continuous work for the time and rate given. 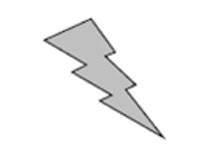